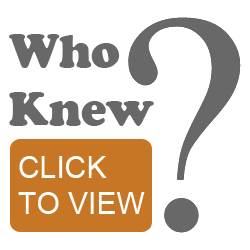 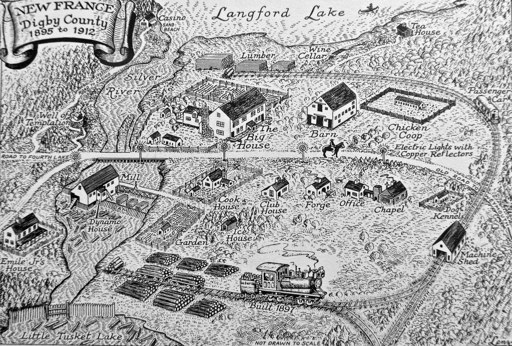 In the late 1800’s, almost 20 miles inland from Weymouth, in the middle of the forest, a sophisticated and multicultural settlement grew and prospered and left a legacy and legends that persist and influence local life to this day. This was New France, the Electric City.Wishing only peaceful and successful lives for their eleven children, and seeking to escape the endless wars and ineffective government that left their area of Gisors in Normandy, France, in constant turmoil, successful entrepreneur Emile Stehelin and his wife, Marie Therese, sent, in 1892, first one and then the next year, three more sons to the new world seeking a new life with new hope for a new business venture. The sons soon fell in love with the Acadians and their land. They quickly realized the opportunities awaiting the family. So, in 1895, the entire family moved to the new settlement that they named New France.
The Stehelins ran a modern, efficient, and highly successful business from their village settlement. Called The Electric City by local Acadians, Blacks, and Mi’kmaq because the dynamo attached to the saw mill on Silver River ran lights in the buildings and street lights along the main thoroughfares of the settlement, Emile Stehelin’s innovative business practices, his ambitious forging of expansion and development, including a train that ran on wooden rails from their location deep in the forest to Weymouth, and, especially, his and his family’s respect for the dignity and equality of their workers and visitors, no matter their positions and education, made The Electric City as much a cultural center for celebration as a successful business.
After his wife’s death in 1910, having lost the heart of his great venture, Emile moved into a large house he purchased in Weymouth. Although the work continued at New France, with 50 plus working crews running the mills and shipping lumber, and maintaining the large farm at Caribou Plains, the spirit of the settlement changed. Then, seemingly inevitably, the First World War meant that five sons had to leave their beloved New France and go back to the old France to help save their original homeland.
New France became the victim of a fast changing world. Emile did not live to see his sons return from The Great War, and when they did, they discovered business had changed; lumber prices declined. New France, The Electric City, at one time and for so many years, so joyous and successful, was put up for sale. At the end, the family had over 4,000 hectares of land to offer.
New France, The Electric City, is an inspiring, moving, and deeply human story. That story is as vital here today as ever it was. The citizens of Weymouth invite you to visit us and investigate this absorbing story for yourselves. Learn about the ghost stories and legends that have risen from the foundations of this endearing settlement. Learn more about the Stehelin family members and their lives by reading Paul Stehelin’s book, The Electric City The Stehelins of New France. Paul was the grandson of Emile and Marie Therese. You can find the book at the local library or purchase your own at Sissiboo Landing.